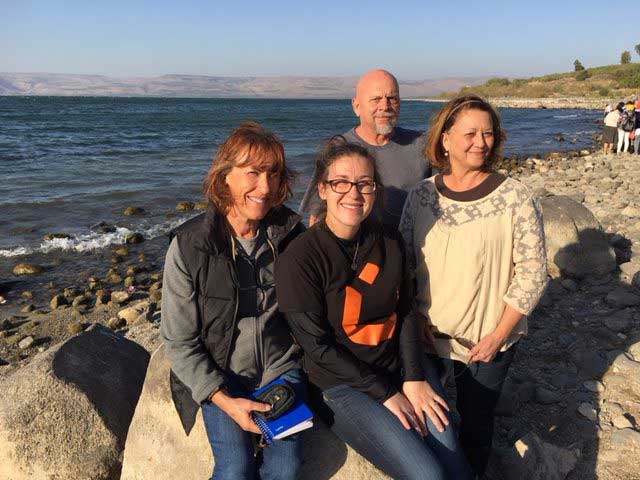 My journey to Israel was God ordained from the very beginning. I was in nursing school and we are limited on how many days we can miss. This was the first time ever the college decided to close down the entire week of Thanksgiving. The insanely busy schedule of a nursing student doesn’t leave much room for anything that doesn’t involve nursing. Waking up an hour earlier to dig into the Word like I did before work started getting less and less every day; attending church and Stonewater U classes every week started to turn into online services and not attending to try to squeeze in any time to study.

I have grown a lot over the past few years in my walk with Christ. This trip took the intimacy I have with God to a whole new level. I was excited about this trip and spending a week in the Holy Land, being where Jesus walked and spending much needed time in His Word. The second day in Israel, Roxie asked me what the Lord was speaking to me. To be honest, it took me a day or so to calm my excitement down and hear what He was speaking to me. He was telling me to “be still.”

With that I finally slowed down and started soaking everything in. My uncle had shared some insight with us, when you look around Israel there is a lot of trash on the roads, stone buildings, not what you picture when you think of the Promised Land, but it is like our hearts, filthy, full of trash, and ugly, yet we are Holy because God says we are, just like His Land.

Standing at the true birthplace of our Savior, the first place we worshiped and I couldn’t get any words to come out; I was humbled, and moved to tears from being overwhelmed with feeling His presence. This wasn’t the only location this happened at. 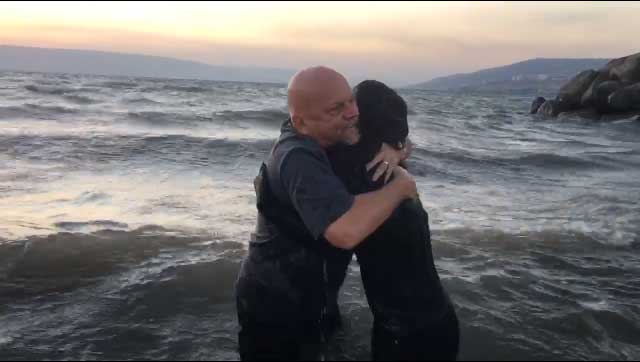 God has done some amazing things in my life, even earlier this year, but He showed up in a huge way while I was in His land. There was a strike with our airlines and talk of maybe not making it back in time, which would’ve had me missing exceeding the number of days we could miss in school, 2. John had the travel agent working to get my mom and I on a flight out on different airlines but it would have to be early. Without a second thought I said, “no, absolutely not.” I felt God saying “are you really going to put all your trust in me or take the first opportunity to get back?” The strike ended for us to get back on schedule, before going back on strike a couple days later.

I felt Him putting a whole new passion in my heart. There were some fires being started by terrorists all throughout the land in Israel, including Jerusalem. Not once was I afraid, I felt at home and safer there than I do even here. I feel like God was starting a wildfire in my heart, and John and Moshe’s passion for teaching fanned the flames. I have been non-stop in the Word since I’ve been back, and God has opened a huge door for me to go back this February for a month and learn more about Him.