Something About Being There

I grew up in the cynical 60’s. Everyone knows the years after President Kennedy’s assassination were crazy, with multiple layers of turmoil and tragedy in American culture. To be sure, trust issues were in play everywhere, not the least toward the U.S. government and the military leaders of the Vietnam War. I have to admit my mind and attitude were poisoned during those days, like many of my generation.

But as a freshman in college, you might say I got arrested. And convicted, too!

The Lord got hold of my life. He apprehended me in the midst of my wandering and confusion. He stopped me in my tracks and called me to commit to Him everything I am, want, and own. May I never recover. 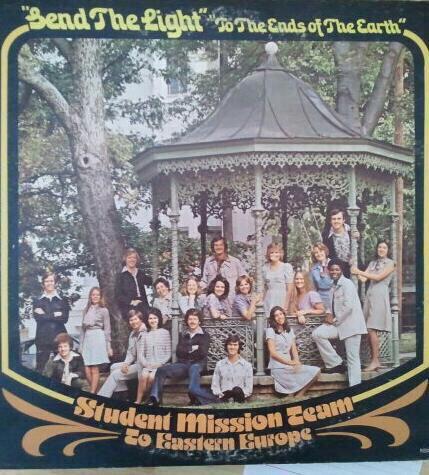 Over the next several years, I grew and changed pretty dramatically. How do I know? My old friends kept telling me I had. I even applied for a student summer mission appointment. Upon acceptance, I was assigned to be part of 20-person team to tour Eastern Europe. We visited a total of nine countries, the majority of them behind the iron curtain.

We traveled by train as a musical tourist group to give concerts in key cities. It happened that, on the fourth of July, our itinerary landed us in Berlin.

The first part of that day, we actually visited with dedicated Christian believers in the Soviet sector who described what life was like for them. The latter part of the day, we crossed over into West Berlin, which enjoyed freedom, of course, like the rest of Western Europe. 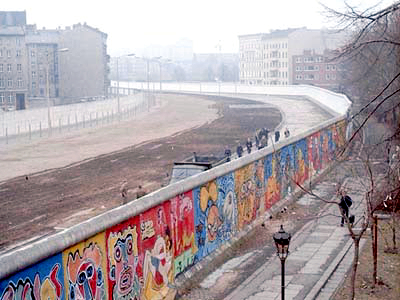 In West Berlin, we climbed up into a building where, from the windows, you could look back over the Berlin Wall. What did we see? Barbed wire was all along the top. On the other side, a wide band of sand filled with landmines stretched at least 30 yards. Beyond the sand, armed guards patrolled back and forth prepared to shoot any of their countrymen who tried to escape out of East Berlin over the wall into the West.

So, why did I have to see that scene with my own eyes for the truth to finally hit me? I gained no new information that day. I had known about the famous Berlin Wall for years.

But there I was looking out those windows on the fourth of July totally stunned! I stared for several minutes, trying to comprehend what I was looking at. Here are soldiers trained to kill any fellow German who wants to leave. And I live in a country where people are dying to get in, not out. When my fellow Americans go to any other country of the world, they can’t wait to get back. All it takes for them to appreciate the homeland infinitely more is to leave it for a few days. You don’t have to threaten people with deadly force to make them stay in the USA. They will be the ones who threaten you if you ever try to keep them out.

After that fourth of July, I was never the same again! Instantly, I transformed from a “cynical 60-ite” to an incurable U.S. patriot. I am that to this day.

Hey, if I changed so much standing only a few minutes at the Berlin Wall, what do you think happened in me when I rode on the same Sea of Galilee where Jesus said, “Peace be still,” to the storm; when I stood at the Pool of Siloam where He healed the man born blind; when I sang Jesus Paid It All at the Stone Pavement where Pilate said, “Behold the man;” or when I laid all my burdens down again at the Mount where Jesus hung on the cross and said, “It is finished?”

I would like to explain what that was like for me; but, you know, there’s just something about being there. Why don’t you come with Roxie and me next time? Then, let’s talk about happened in both of us.

To see the dates of our next several journeys, click here. We will post more 2017 journeys very soon.

One thought on “Something About Being There”